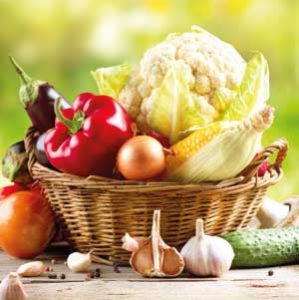 What is common to Leo Messi, Bill Clinton and the roman Gladiators?

So, what do you think is common to Leo Messi, Bill Clinton and the roman Gladiators?

While at first there seems to be a weak connection between a super-star football player, a former US president and the mighty warriors who fought lions and tigers in ancient times’ arenas, the connecting line might strike us by surprise- they all base their nutrition mostly on plants. Whether it is choosing to eat mostly plants during the football season in order to boost athletic performance, or to fight and heal a long-lasting heart disease, or to enhance muscle prowess and physical endurance, while the routs for choosing a plant-based diet are quite different and arise from different reasons, they all lead to the same nutritional choices.

When looking at the field of nutrition, one might often become quite confused. Experts recommend various methods and research may reach and emphasize seemingly contrary conclusions. However, there is some consensus that begins to shine in the midst of all the confusion. There is mounting evidence that no matter what people’s nutritional style is, the more plant-based products they consume, and the least animal products they eat, the better.

The effects of consuming animal products

Let us first take a look at what is currently known to us about the consumption of animal products. The prominent biochemist and Cornell’s University Professor Emeritus T. Colin Campbell conducted together with the Chinese scientists and experts from Oxford University a research that examined the nutritional habits of residents of rural China, and its’ connection to various diseases.

This seminal and impressive work done in the 1990′, showed that the more animal protein is in the diets of Chinese villagers, the more heart disease and cancer they develop. Ever since, multiple studies on nutrition have proven this connection to be valid. This led to the World Health Organization’s recent declaration that red meat is “a probable carcinogen to humans”, meaning that the evidence is substantial enough to state that it directly causes cancer. But it wasn’t just cancer that was found to be related to animal products; other, very common diseases such as diabetes, heart disease, high levels of cholesterol, hypertension and obesity, were all closely related to consuming meat and other sources of animal protein and fat.

Contrary to that, there are some very good news as well. If you happen to suffer from, or have a genetic inclination to one of the common diseases of our times, like diabetes, heart disease, hypertension or cancer, you might want to lend your ears to what follows next.

We have mentioned that animal products such as meat, dairy, eggs and cheese can render you more susceptible to developing these diseases, but at the same time, eating more veggies and fruits, legumes, nuts and seeds, in their natural and unprocessed forms, can protect you from ever developing them. Moreover, if you already suffer from one these health problems, a plant-based nutrition can help you stop their progression and even reverse their course.

A plant-based nutrition is also very relevant and enticing to those of us who “just” want to feel better, and to athletes who want to reach their top form and physical fitness.

The 2018 film “The Game Changers”, produced by director James Cameron, Arnold Schwarzenegger and Tennis Champion Novak Djokovic (amongst others), shows how even a single meal containing animal protein can block blood flow to muscles hampering their function, while a plant-based meal will keep these blood vessels wide open, allowing top physical performance. It is not surprising then to realize that more and more athletes that become aware of this “secret” choose to switch to a plant-based diet.

This explains why Leo Messi chooses to eat mostly plants during the football season, and why the legendary track and field athlete Carl Lewis chose to switch to a vegan diet after his 30th birthday. Lewis claims that after going plant-based, he felt stronger and faster than ever before, while other athletes normally retire at that age. He also attributes his 100 meter track world record, and a personal record of 29 feet long-jump to his vegan diet.

Reading these facts, you might be wondering to yourself: “But what about protein? Do you get enough protein on a plant-based diet?”

The simple answer is yes, you do. Plenty on it. For example: a cup of soy milk and a peanut butter sandwich with whole grain bread, will provide more than one quarter the amount of protein a man weighing 80 kg, and almost one half the protein a woman weighing 70 kg will need per day. So, you can guess that getting enough protein is really not an issue here – you just need to have enough calories in your diet and have a variety of foods and you’ll get enough protein in your food (more on that in a future article). Also consider the following fact: analyzing ancient Rome gladiators’ nutrition – with special biochemical methods that sampled their bones’ structure and composition – it was found they ate mostly lentils, beans and rice. I guess that these mighty warriors fighting with lions in the arena had enough protein in their diets, so it wouldn’t be a too wild assumption to claim that we as well, in these rich and abundant times, can get enough of it in our diet as well.

Changing your diet to a plant-based diet has numerous advantages, but if you want to reap even more benefits, you might want to consider having your food in the form of whole foods; that means eating your food with as little processing as possible.

Eating whole grain rice or wheat instead of the white and more refined brands is a good example. Combining real, whole vegetables and fruits in salads, main dishes and in between meals is another good step. Adding a handful of natural walnuts or almonds, and sprinkling ground flax or chia seeds on your morning oats are also wonderful ways to imbue your food with taste, variety and healthful ingredients.

Variety plays also an important role – you want your food to be colorful, fresh and vibrant, like a celebration of the senses that is bursting with life-force-enhancing energy. When your food is colorful and bounty, you also make sure you get a wide variety of vitamins and minerals, plant-chemicals that support your immunity and regeneration, and clean your blood and body from unwanted substances and toxins. As you can see, it is a win-win way of eating.

You might be wondering, if a Whole-Foods-Plant-Based nutrition is not actually a Vegan diet. In some ways it is, in others not quite.

Choosing to follow a vegan nutrition is a matter of the heart- when one feels the suffering of animals and does not want to take part in it anymore, that is normally when one chooses to become vegan. But vegan nutrition is more about what not to eat – namely, animals and animal products in any form- whereas a Whole Foods Plant Based diet takes it a step further. While on a vegan diet on can feast all day and night on pizza, hamburger, French fries and vegan margarine, which is not so healthy in itself, with Whole-Foods-Plant-Based the emphasis is also put on quality, variety and healthful choices. You want your nutrition to contain all the riches and benefits that one can get from the luscious and fertile mother-earth as possible. It is a way to eat that emphasizes richness, enhances life and allows for a wide selection of foods. It is about more, not less.

At the present moment you might be eating an omnivorous, semi-vegetarian, vegetarian or almost vegan diet. But no matter what your current style of nutrition is, even if this sounds somewhat distant from your current way of eating, try thinking of it like a good direction to consider. The more plant-based you choose, the better it is for the planet, for the animals, and of course – for yourself.

If you have more questions about the subject contact Dr. Brosh at: